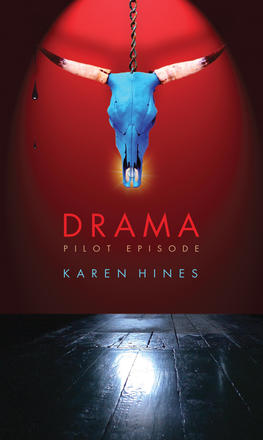 When a troubled young television writer hangs himself with his Banff Television Festival conference lanyard, urgent spirits creep up through the fracks, and connections are drawn between pregnant oil wives, the 44-minute television hour and the future of the human soul. A deep dark comedy for all souls, set in Canada's wild new west.

Drama does what drama does best – holds up a mirror to the audeince and makes them think their individual concerns are part of a larger drama being played out in the world. I can't imagine a person in the Western world who would be left untouched by the great drama of souls Hines creates here.
—Alberta Views

See the collected reviews and features on Drama.